The Geek in Review: Guardians of the Galaxy, Titanfall Beta & More!

This is the Geek in Review, the segment where we discuss the top stories in geekdom from the past week. Here are some notable developments, from the week ending February 21st:

Guardians of the Galaxy trailer released!

So we finally caught a glimpse of Marvel and James Gunn’s much anticipated Guardians of the Galaxy and, as promised, it looks just like a James Gunn movie. Interviews with Marvel and Joss Whedon revealed many months ago that when they approached Gunn, they wanted it to be a James Gunn movie first and foremost. In fact, after Gunn turned in the first treatment of his script, the studio told him to make it “more James Gunn”.

We’ve seen with Iron Man 3, and now GOTG, that Marvel Studios is giving their directors a pretty long leash. Enough so that their artistic nuances and stylized sensibilities shine through. The result is a movie that looks absolutely bad ass! Kind of like a Usual Suspects meets Star Wars, meets Super. If you happened to miss it, don’t worry. We got you covered.

The Fantastic Four cast is revealed!

There were already rumors galore of Michael B. Jordan potentially playing Johnny Storm (AKA Human Torch) in Fox’s reboot of the Fantastic Four franchise. Well, they are rumors no more: we have that role confirmed as well as Kate Mara as Sue Storm (Invisible Woman), Miles Teller as Reed Richards (Mr. Fantastic) and Jamie Bell as Ben Grimm (The Thing).

Some of these choices may seem out of the ordinary. We won’t know what to expect until we see some footage, but one thing is for sure: that is a handsome looking cast! 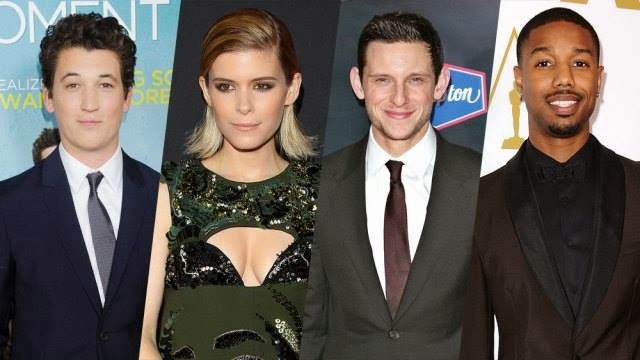 Titanfall released a beta this week!

Some lucky fans got to try the beta out this past week for the much anticipated Titanfall. For those who missed out, don’t sweat it. The game will be released in just a few short weeks – Titanfall is due out March 11th.

The Suicide Squad will make their television debut on Arrow

Anyone who has been keeping up with CW’s Arrow (and why wouldn’t you?) knows how awesome the show is. But I don’t have to tell you, now do I? Well let’s just say the awesomeness just got kicked up a notch with this news!

The Suicide Squad is a group that (in the comics) consisted of villains and anti-heroes who did dangerous black ops missions for the government in exchange for shortened prison terms and other benefits. They are set to debut next month.

As always, stay tuned for more from the only site offering Max Level Geeks their max level needs.